A Tench of a Lifetime 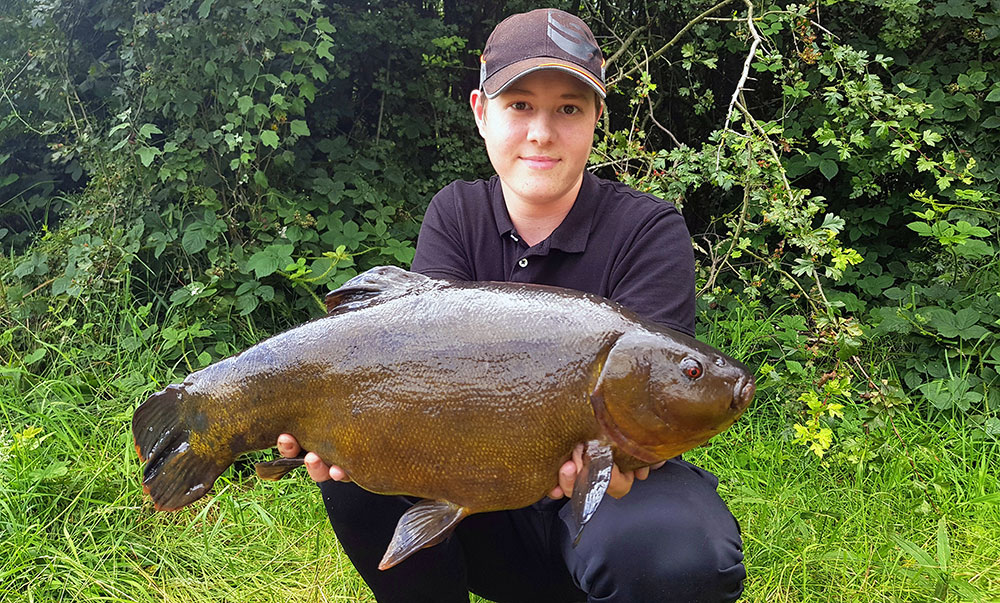 It all started when my brother Conor, who lives in Stoke-on-Trent, invited me over to his house for a few days consisting mainly of fishing and relaxation. On the first night, the conversation over dinner inevitably turned to fishing and my brother mentioned a local lake that was home to some decent sized carp but also some truly enormous tench. My interest was piqued immediately. I have caught decent tench in the past, mainly from commercial fisheries and my local canal in Retford, Nottinghamshire. Decent fish yes, but nothing over 5lb.

We spoke at length about how to tackle this particular water, the rigs and baits he had used in the past and the resulting fish he had taken. Conor tends to lean more toward carp, whereas I like fishing for anything, from small roach on the canal in winter, to catching large catfish on hot summer days. Because of Conor’s enthusiasm for carp, virtually all of the tench he had caught were accidental captures (most of them coming to Sticky Baits Krill boilies, fished on bolt rigs). Although large, these fish were not taken regularly, so a change of tactics was the order of the day.

We decided to visit the fishery the following day and try for tench using simple float tactics. The night before I got my tackle and bait in order, electing for a standard waggler rod coupled to my trusty Diawa Ninja reel loaded with 6lb Diawa Sensor. The float would be an unloaded crystal waggler, with an insert to help spot delicate bites.

I used a waggler adapter and rubber stops in case I needed to change the float mid-way through the session. The terminal tackle was to be a 4lb hook length tied to a size 14 hook. Bait would be casters or dendrobenas, fished in conjunction with a fishmeal based groundbait with crushed hemp and worm essence. Everything was prepped and ready to go, so we headed off to bed ready for an early morning start. 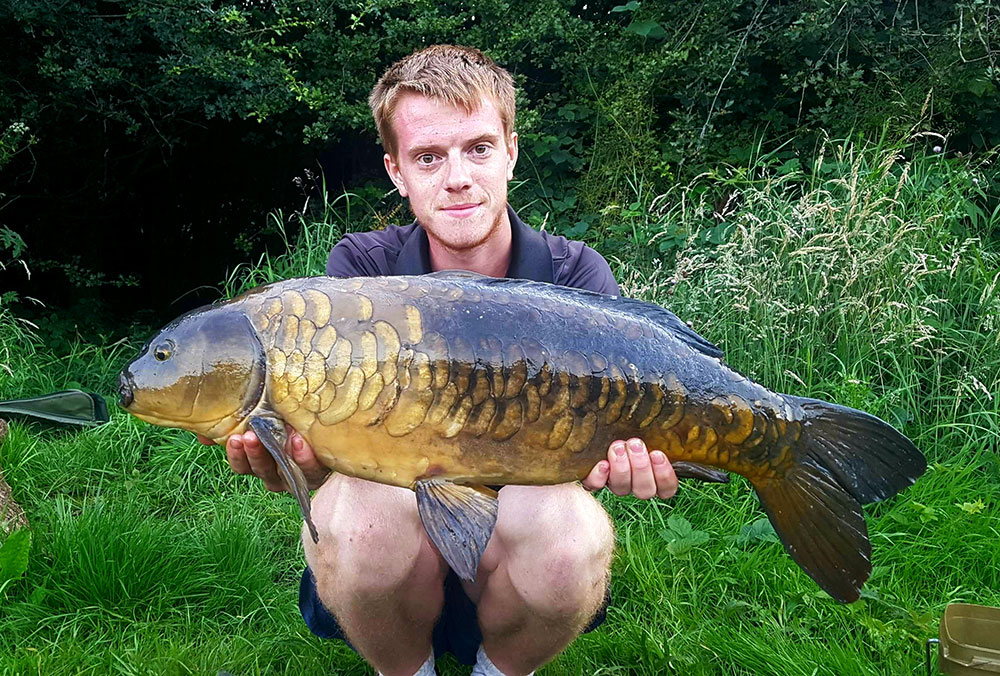 Conor with a stunner from the same day

I was awoken by the familiar screech of my alarm clock, and was out of bed, washed and dressed within a couple of minutes, eager to get going. We arrived at the lake a little later than planned, but still early enough. The sky was overcast, but the sun was putting in an appearance every few minutes. It was warm and humid, fantastic fishing conditions. Situated in Parkland, Stoke-on-trent, the lake itself was a vast, weedy body of water. Large mature trees littered its banks, but the plant-life wasn’t contained only to the banks, the water itself housed multiple lily beds in the margins and it had a solid gravel bottom with a depth of around 6 feet.

Conor and I had a brief discussion on where we would fish and I decided on a swim that had a few trees around it, not enough to hamper casting, as well as a lily bed to the right-hand side. I thought this would be the perfect place to find a tinca or two, as tench love cover and therefore are very attracted to lily beds, as I was targetting tench specifically, this made a perfect feature to cast to.

I mixed my groundbait up and got going with three or four tennis ball sized lumps. Being the middle of summer, I probably could have gotten away with using more, however I did not want to feed the fish off. The groundbait I was using had lots of small particles, and a natural worm scent that I felt the tench would quickly home in on. 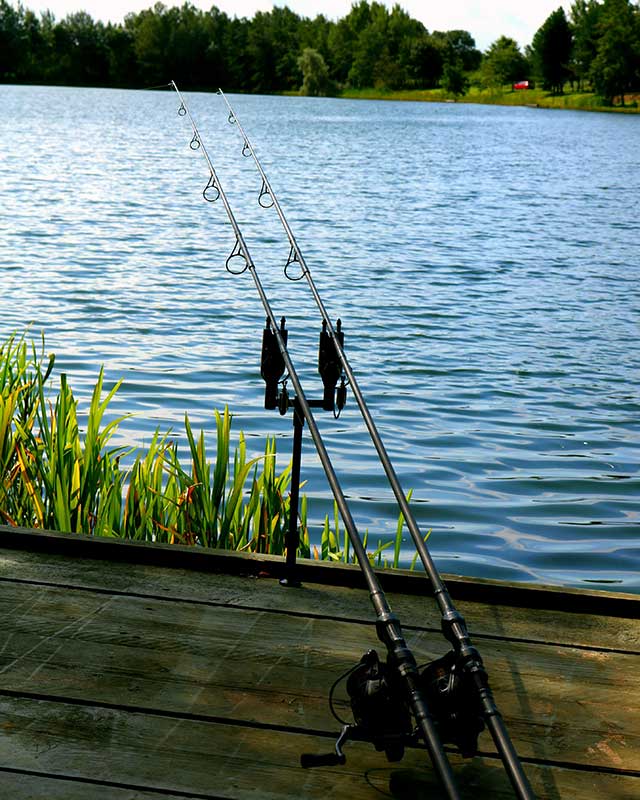 The traps were set!

I tackled up, setting the float about 2 inches over depth. I decided to wait a little while before casting, just to see if any tench gave away their presence by sending up bubbles. Within ten minutes, I could see the odd puff of silt and a few patches of pin-head sized bubbles on the surface. It was time to cast in.

I cast well over my baited area, and carefully drew the float rig back over the baited area. I sat well back from the water’s edge, not wanting to spook any fish that had moved into my swim. I tried three casters on the hook, knowing that tench love them. Unfortunately, so does everything else that swims. I had already noticed a few small roach in my swim, but I hoped that the groundbait I had fed in would soon feed them off.

Almost immediately, the float buried out of sight. I struck and felt the weight of a large fish. Surprisingly it made off into open water and not into the lilies as I had expected it to. Alas, it was not to be. After a few seconds, the hook pulled free, and I reeled in. Feeling slightly dejected, I hoped this would not be the only decent fish down there. I re-cast my rig.

The float settled, and immediately a stream of bubbles appeared next to it. I held my rod and waited for the float to dip again. It completely buried and I was in again. This fish felt a lot bigger than the first and I had to take the rod to its limits to stop it from snagging me in the lilies.

It worked and the fish came out into open water. It stayed deep and just went around in circles beneath my rod tip. I eventually managed to gain a little line and get the fish away from the bottom. From here it only took a few seconds to net the fish. When I lifted the net from the water, I knew straight away this fish was something special. I placed the fish on the unhooking mat, removed the hook and had a good look at my prize. 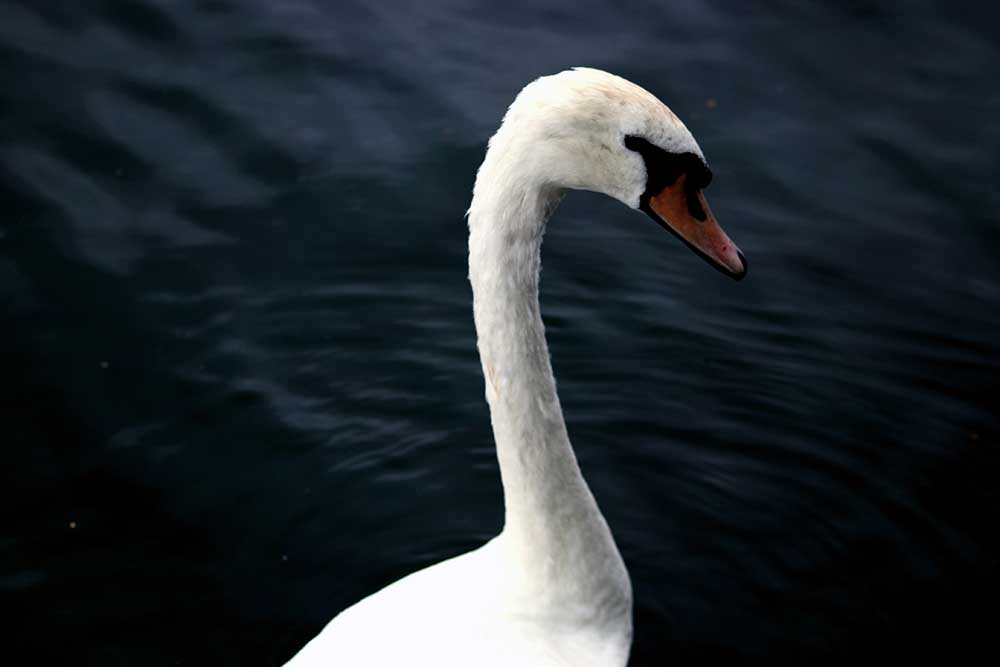 An eye catching view for this swan

The tench was absolutely enormous! Certainly, the biggest tench I had ever seen. It was a fish in great condition, with no split fins, and no mouth damage, suggesting it had not been caught much at all. Putting the fish into the weigh sling and hoisting it onto the scales revealed just how special this fish was. The dial settled on 8lb 4oz, a new personal best for me. I was ecstatic, I had fished for and caught a new PB and on a traditional tench bait. After the customary photographs, I slipped my prize back into the lake and watched as it disappeared into the depths.

I was still shaking, but after a few minutes, I decided to re-cast. Again, I used three casters, cast and let the float settle. It sat there motionless for about 10 minutes, then it dipped again. I missed this bite, so I fed a few casters, and re-cast. Unfortunately, that was to be the last time my float moved and gave any indication that anything was interested in my bait.

It was hours before I could stop smiling, realising that I had caught the fish of a lifetime, on simple float gear and a simple bait. I will certainly be back to try again. 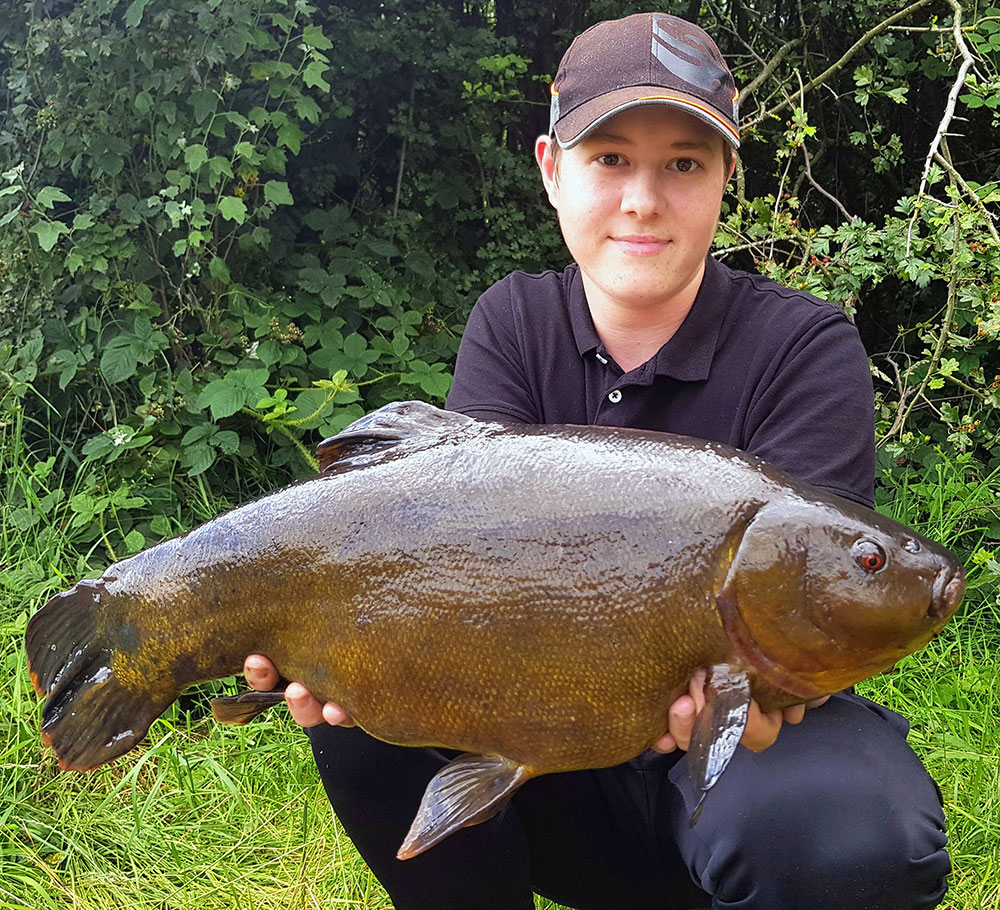 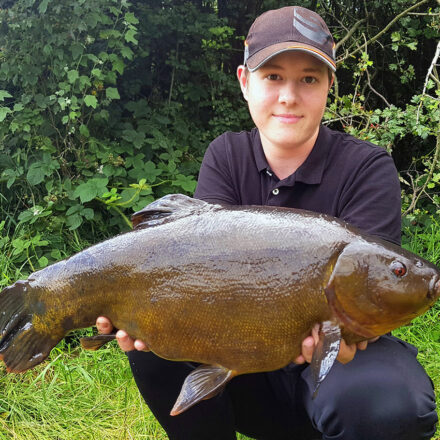 Hi I’m Cameron and I live in the north of England. As you’ve probably guessed, I love my fishing. It is what I live and breathe for and I love fishing all kinds of different waters. From 20-acre lakes that hold 50lb+ carp to small 1-acre lakes, just kicking back catching roach on the float. I class myself as an all-rounder - that’s what makes fishing fun for me! I also enjoy photography and pair that with all my angling. Check out my Instagram for more! @Cameroncarter_angling