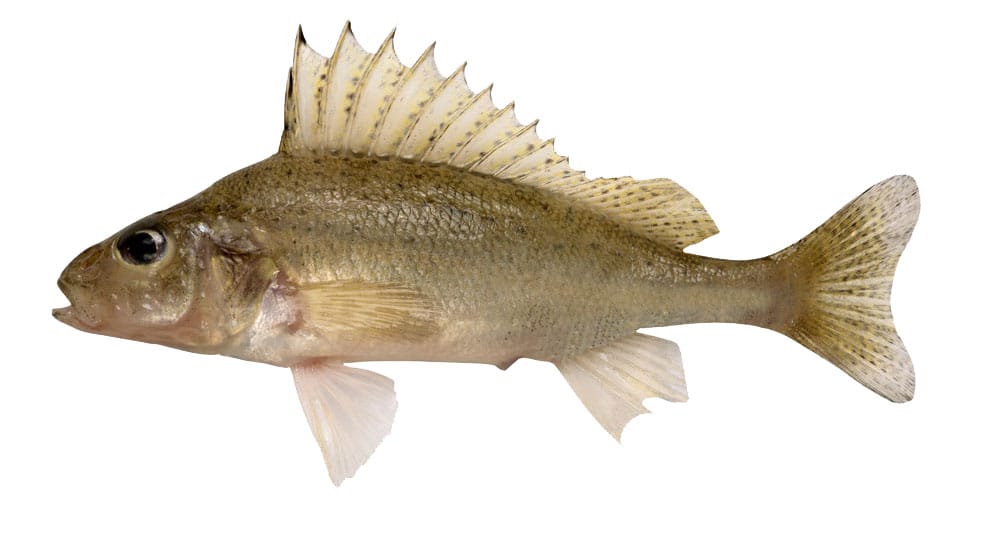 The ruffe is the perch’s smaller cousin and shares its voracious appetite, though on a much smaller scale. At first glance the ruffe looks just like a very small perch, it has a similar body shape, a large spiky dorsal fin and a mouth which is very large compared to its body size. It’s back ranges from olive-green to golden brown in colour and transitions to a pale yellow on its underbelly. The ruffe is decorated with dark blotches along its flanks, these blotches decrease in size the closer to the underbelly they are.

The ruffe has large eyes and a well-developed sensory system which gives it the ability to notice the slightest of movements. This means that it can spot both prey and predators meticulously; a factor which no doubt plays a part in the ruffe’s ability to survive in such a wide range of habitats. The distinctive dorsal fin and slightly downturned mouth are the most noticeable aspects of the ruffe, allowing for quick identification should you catch one.

Ruffe are best caught with small baits, such as small worms, pieces of bread and of course, maggots. 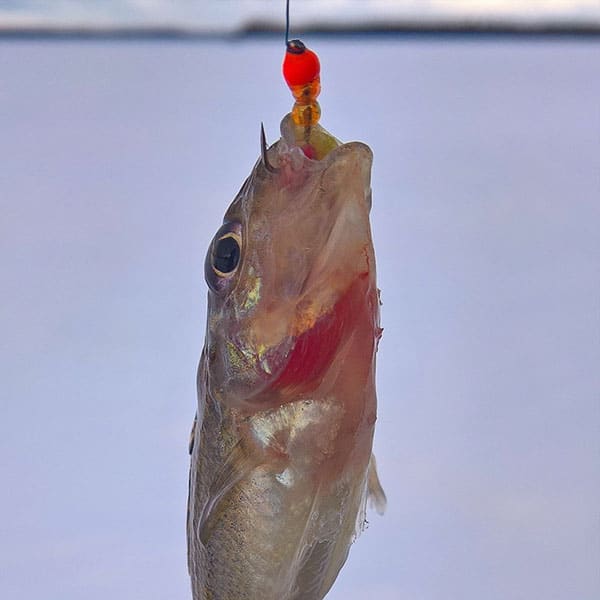 The ruffe has the capacity to reproduce at a particularly high rate. In warm waters, males are able to reach sexual maturity within a year and females within two. A typical female will produce around 50,000 eggs each season, although this does vary depending on their condition. Ruffe spawn once water temperatures reach 10-16°C, generally between April and July.

The females lay their sticky eggs on virtually any surface under the water and fry emerge 5-14 days later, depending on the water temperature. As mentioned earlier, ruffe have ravenous appetites and this is true from pretty much the moment that they can swim, leading to extremely fast rates of growth and allowing them to outcompete other fish species.

The ruffe is well distributed in the UK and is found in both fresh and brackish waters. It can be found in virtually any type of water, from lakes and large rivers to estuaries and small ponds, it even has the capability to survive in water which is less than one foot in depth. Despite this, it does prefer slow-moving rivers and water bodies with soft bottoms and that lack vegetation.

Throughout the day, ruffe lurk in deep water, waiting for night to fall so that they can move into the shallower areas and feed on the aquatic insects, crustaceans and bottom dwelling organisms which live there. 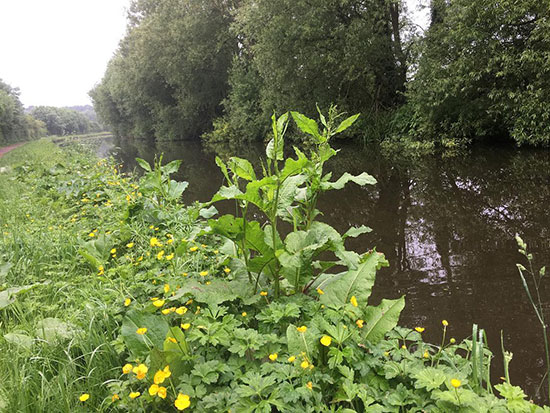 Setting out to catch ruffe is unlikely, as it not considered a desirable catch, nevertheless, if you do want to catch one here is our best advice:

Fish close to the margins using a small bait paired with a small hook (no bigger than size 16). Areas with hard bottoms are great and a waggler float is the ideal float to use. Ensure that you strike quickly, as the ruffe is closely related to perch, and similarly has a habit of swallowing the bait. Because ruffe is not really targeted by anglers, the technique is not specific to ruffe and so may lead to tench or small carp on the end of your line. 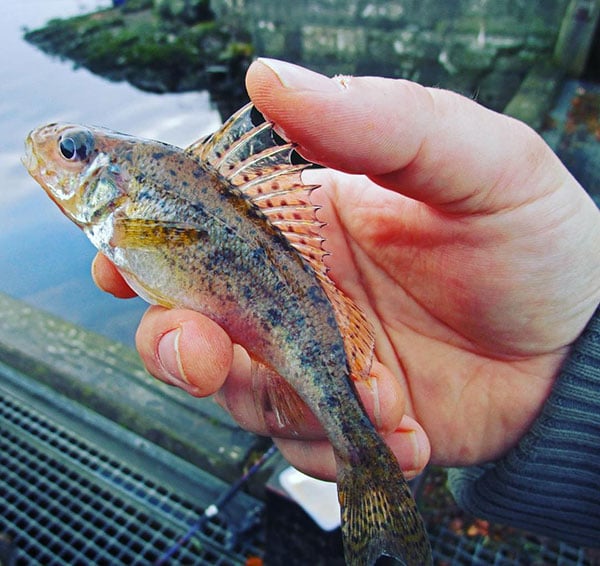 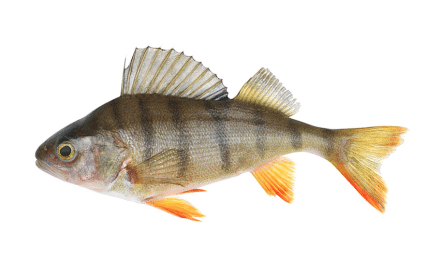 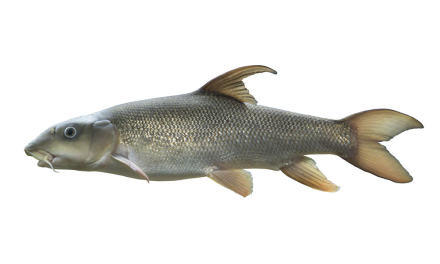 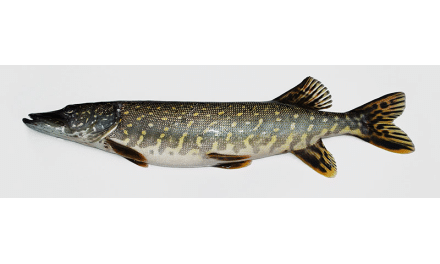